Story behind the Spincap 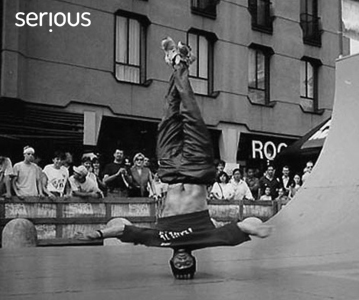 Breaking in the early days was full of new inventions. People were practicing on new moves and improved their technique. Another important aspect in development of the dance was the search for and development of functional gear to optimize performance. One such accessory, widely known as the Spin Cap, has a pretty interesting backstory and is the only piece of gear that’s ever been produced specifically to aid breaking.

Back in the day, safety equipment wasn’t really something that crossed people’s minds, even with moves that involved your head touching the ground. The few times one caught burns or lost a bit of hair from sliding across the floor were an afterthought. And even today, it’s not an option to wear any visible safety-gear during a performance. For better or for worse, it’s just uncool. The most common way of learning headspins in the 80s was by using an ice hockey helmet, preferably the square helmet made by Cooper, or the more comfortable, round-and-bulky skating helmet by Pro-Tech. A crew like the B-Boy all-stars from Australia even used the Pro-tech in their Logo. there were times when I wouldn´t leave the house without my helmet.

Let us not forget that from mid 80s on, the New York City Breakers wore spandex suits in their shows as well and influenced all of us with their tight outfits. Those combined with Pro-Tech helmet and one looked like one of those human cannonball circus attractions. Helmets just weren’t hip. So we all needed something that let us practice our headspins, but didn’t look totally ridiculous. The best solution for just a few spins was a woolen beanie. Most of the time, it would have to be adjusted with a shoelace around our head.
Wool worked well on smooth surfaces, but came off your head easily due to friction, or centrifugal force. The second option was a do-rag, since the ties kept the protection snug on your head. 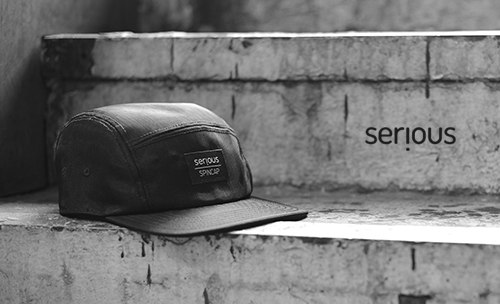 Problem with the do-rag was, as DJ Renegade recently pointed out, how funny it was to see Europeans running around with them since they were originally manufactured to accommodate African-textured hair. On a more practical level, the fabric was often synthetic and way too thin to cushion the scalp, so we’d sometimes opt to put padding inside them. Hawk, from Berlin, came up with the genius solution of cutting a cheap football in half and using that as a shell under a beanie, or a do-rag. It worked well, reducing the chance of burns while doing windmills, halos, donuts or head-glides. Another solution was the simple use of baseball cap. The first thing that´s in the way is the button on each cap right on top of it. I am sure every breaker from the eighties went at least once through the pain caused by rolling over this well placed accessory on the cap, so we ripped it off. One model that we call trucker cap has a mesh in the back and seemed slippy but was unsatisfying. Another cap model had a thin build in cushion. Little Alex from NYC Breakers used one of those when performing in the legendary show for Ronald Reagan. He cut off the sun shield in the front, took off the button on top and made it look like a kufi with a snapback. Many B-boys even wore 2 or 3 of those at once to maximize the padding. And as friction has always been the enemy, dancers resorted to using furniture polish and car wax on the surface they were going to dance on. Also in this sector it took us a long time to find the best possible solution. We tried baby powder, Teflon spray and other lubricants that might help.

The best known solution until this day is silicone spray. We once saw freestyle Frisbee players using it. The crew Enemy Squad from Hungary didn´t use any head wear at all for their showcases, so they were convinced that Nivea creme directly applied in their hair would be the best solution. The lotion softened their scalp and as a result they ripped out hair while headspinning on sticky marley floor. Razor bums and dandruff were everyday problems. Marley floor which is mostly used on theatre stages has a non slippy design, so performers can control their moves better. By trying out so many different surfaces and always touching the ground directly in all sorts of extreme positions, B-boys develop a special relationship with the floor. They dream of smooth parquet and shiny marble and can tell you better than anyone else if a floor is even and slippery just by looking at it. To look for the best possible surface has been a great research field in Breaking until this day. If we wanted to practice at home we usually had to deal with a smooth carpet in our rooms. In those days we mainly played cassettes and vinyl at practice and naturally 12″ record covers were abused mostly for all sort of spins. In our household we started researching first. I tried shoe boxes, plexy-glas, my moms crepé pan or the back of a picture frame that fell and broke after hitting a wall in practice. One day I found huge stickers on the street and glued them on the carpet. When I took them off, the sticky residue ruined it, so I finally bought a linoleum.

Old-school British breaker Peter Edwards laid a milestone in Spin Cap development when he used his mothers nylon mesh shopping bag to do a headspin. He sewed it onto beanies and it worked miracles. It also lasted much longer than the day-strong do-rag, or a beanie that would usually fall apart after a week. When thinking back about how spin caps began, he said: “It’s a funny story that came about by chance I suppose. It was back in 85 I think and the shopping bags my parents used were made out of this mesh material, so in our kitchen we had lino on the floor where I used to practice and my mother was putting the shopping away. l just grabbed one of these bags and started to do a headspin and fell flat on my face due to the material being so slippery on the lino floor. So with this discovery and my mother being a seamstress I asked her if I could cut one of these bags up and could she sew it onto my headspin hat which she agreed to. When she had done that I found that I could do headspins basically anywhere and that is how it came about.” Peter introduced the nylon mesh idea to Tony “Pencil” Penfold and John “Junk” Isaacs from Second to None. They are from Bournemouth, which is a southern beach town in England. As it happened, they found out that the deck chairs on the beach were made out of that same nylon mesh as Edwards used it. Soon after a few deck chairs found themselves with holes cut out of them! In November 1989 we finally met “Second to None” in Munich. Tony´s headspin changed my life. I had never seen something so amazing. We felt silly with our helmets. Blaming our inferiority in spinning on the spincap was too easy, but I knew that changing the headwear would start the improvement of my technique. I started investigating where I could find something similar to their beach-chair fabric to create my own.

Another German old-school breaker named Kai Eickermann finally found something in a shop for sailing equipment. It was sewed into a handbag in navy blue and white. Since sailing is pretty much considered posh, one could imagine that those bags cost a fortune for what they were, but we went for their cheapest parts. Swift Rock, Kai and myself shared the first bag and cut it into three pieces. When I went home, I was happy that my mother taught me how to sew. I became a Spin Cap engineer. Our spins got better almost immediately. What bothered me most about my helmet was the restriction in movement, but the patched-up beanie enabled a dancer to perform better combinations, like the windmill-headspin and the halo-headspin. It still looked quiet weird walking around with a woolen beanie in the summer, and the fact that the patch was on top– with no nylon on the sides– left room for more functional improvement towards move combinations and transitions. That’s where I came in as a designer. I started experimenting with all kinds of shapes and styles of caps and beanies. We also hunted for places to buy similar shopping bags made of the same fabric in Paris’ Barbès neighborhood and in Blokker, a Dutch discount store. Sometimes I left for the Netherlands, just to buy shopping bags for my production. 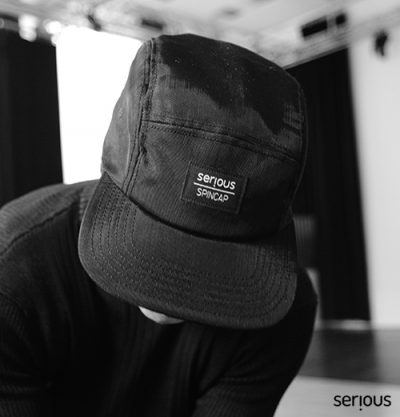 I gave my first handmade caps away as presents. One of the best prototypes went to Kwikstep, in New York, and to Gabin, from Aktuel Force. I really liked that they also sometimes wore the cap when they were not breaking, so I figured the pill-box hat design would be successful. In 1992, I went into a mass-production mode when a friend of mine in Hamburg gave me a sewing machine. I was not yet able to make a living by dancing at that time, so the Spin Cap came in handy and seriously helped me pay my rent for about a year. When people saw us spinning in the hats, they figured they could do the same thing if they had one too! We branched production out a bit, and Hawk developed the best shapes, coming up with models such as apple, army and chauffeur caps. He also started custom-made models for special occasions. CrosOne started with the production of a Peter Edwards’ rooted version, which is a simple beanie with a patch of vinyl mesh sewn in the front-top part of the hat. Copiers of the design often make a huge mistake. Sometimes the inseams create a slight bump that can knock a dancer off balance in a headspin. CrosOne and Swiftrock are selling these versions since more than a decade. With our brand SER!OUS we want to revolutionize the way we look at them. Our first model is based on a five panel cap. The top part is made in one piece so there is no inseam that might cause problems. The  entire upper material is super slippy nylon mesh which means it supports all glides, slides and spins where your head is touching the ground. Besides its pragmatic technical features the best side effect is that it doesn´t look like a spincap. Maybe one day people will wear our product without even knowing that the design was mainly a matter of function.

Get the original Spincap